Community Policing: How To Get Your Officers Invested in the Change 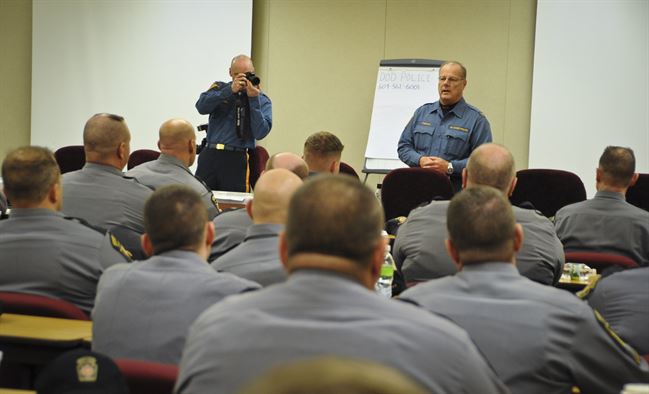 Community policing has been around long enough now that most everyone in the law enforcement world has at one time or another heard the phrase, read an article, or even had specific community-oriented policies come about in their agency. If you are unaware of what community policing is, you can learn all about it here. There are a number of compelling reasons to shift your agency toward a community-oriented policing strategy, including success stories from agencies across the country, numerous articles boasting the effectiveness of the strategy, or even the over $12 billion in funds the federal government has invested in police agencies in an effort to promote community policing. The  International Association of Chiefs of Police even declared that, “No single factor has been more crucial to reducing crime levels than the partnership between law enforcement agencies and the communities they serve. In order for law enforcement to be truly effective, police agencies cannot operate alone; they must have the active support and assistance of citizens and communities.” With all of these positive motivators and outcomes, why are so many agencies having difficulty finding success in their community policing policies? The answer may lie in a disconnect between department leaders and front-line officers. Tucson, AZ Assistant Chief Kevin Hall noted, “There’s a culture shift from just responding to the next call versus stopping on the way and actually getting out of your car and chatting with people.” This change in routine can be difficult for officers to get behind since it is such a fundamental change, and they may not see results in the form that they anticipate. Rather, the successes in community policing will likely be seen in feedback from the community. “The community has responded very positively to this. People write letters, they call in, they praise our officers at public forums for engaging and being active,” Hall said. “The other officers see that, and that has been the No. 1 motivator for a lot of officers to gravitate toward this model.” Besides getting community feedback to get officers to buy into community-oriented policing strategies, it’s important that the officers have clear direction and goals so it’s clear what actions should be taken to achieve the desired results. David Dial, Director of the Criminal Justice program at Aurora University in Illinois, echoes this sentiment by stating officers need more direction that to just “get out and walk around. To be effective, these efforts need to be more concrete,” Dial said. “Give people goals and objectives,” he said. “Maybe the task is to identify one problem on your beat and over the next six months try to fix that problem.” Lastly, no community policing strategy will be effective if the officers involved don’t believe in it. If the efforts aren’t sincere, the community won’t respond with the positive feedback required to keep officers engaged in the strategy. “Getting that officer buy-in is critical to the success of any community policing effort,” said Jack Rinchich, president of the National Association of Chiefs of Police. “It’s pretty simple, but it has to be a genuine approach. If it is perfunctory, people know. They will frown upon your efforts if you try to manufacture something that isn’t real.” Learn more about Community Policing. Discover how Everbridge Nixle can help your agency connect with residents here.

Everbridge is a proud gold sponsor of Adapt Asia 2022 in Makati City. Schedule time to talk with us about early warning, incident response, and population alerting at booth #G4.

Assistance when it matters the most

Five cases where receiving the right care, at the right time, made all the difference. Everbridge Assist, powered by Anvil.…

This session will go through the basic content of a Notification and follow up reporting covering best practices.